There are currently more than 50,000 hobby mountain runners in Bavaria. Norbert Kutschera, living in Murnau, immediately recognized that there is great potential. More and more trail runners and speed hikers met his way on the mountain – always equipped with GPS watches to record time and altitude. It was clear for the hobby athlete that there must be an easier and better way for this. A kind of community was needed!

Together with Christian Hessing and Robert Gaiswinkler, the 51-year-old developed an automatic time measurement system that not only enables easy time recording but also creates a community for competition and exchange between mountain runners. The whole thing works super easy: An app on the smartphone automatically corresponds with permanently installed start and finish stations on various routes. On the meinBerglauf website you can then look up your rankings and compare yourself with other ambitious mountaineers. In June 2016, the first route on the Kolben was successfully tested. Six further routes on the Laberberg, the Blomberg, the Großglockner and more recently also on the Wank, the Kreuzeck, and the Eckbauer are currently in operation. 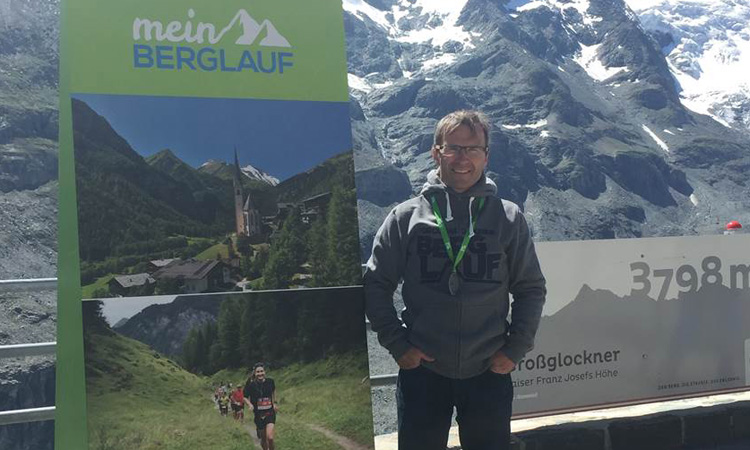 Garmisch-Partenkirchen start with meinberglauf into the trail running season

Since the end of April 2018, the three meinBerglauf routes at Kreuzeck, Wank, and Eckbauer around Garmisch-Partenkirchen are ready for trail runners. The trail at Kreuzeck starts at the Sentido Zugspitze Berghotel in Hammersbach. With its 4km it is the shortest, but at the same time the steepest one of the three routes – 850 meters in altitude have to be overcome. The starting station of the Wank trail is located below the climbing forest in Garmisch-Partenkirchen. This 6.3 km long trail is the longest route with the most altitude (1000m). The last trail goes up to the Eckbauer –  4.3km and 500 meters in altitude are waiting for you. The track starts directly at the Sport Quartier.

The offer for trail runners and speed hikers in Garmisch-Partenkirchen has been significantly expanded by the meinBerglauf routes – what a great start into the new season! We hope to see you soon on the leaderboard.

If you are still looking for the right trail running shoes or you lack running apparel and running accessories, you can find a large selection in our online shop. Of course, you can also come directly to our store in Garmisch-Partenkirchen, or visit one of our three other stores.

Do you already have the trail running fever? Here are some interesting articles that cover the following topics:

→ Run better and faster with BLACKROLL®