Douchebags was founded in 2012 by the Swedish freeski legend Jon Olsson and the Norwegian product designer Truls Brataas. Their aim was to develop travel gear for the long journeys as well as the short ones –  for the passionate people who travel the world in search of adventure. But always with the focus on carrying less bulky bags as possible.

In 2012 Douchebag was already a finalist for the ISPO BRANDNEW Award. The attention they gained from the nomination was for sure the boost they needed for their little but innovative Start-Up. Within two months after the official launch, the Douchbag ski bags were entirely sold out! Since then the Douchbag family has grown – with employees and products.

DOUCHEBAGS – quite an irritating name for Such a nice travel luggage

Due to the simple fact, that the word Douchebag brings some other associations than travel gear with it, it for sure has to be explained a bit more often in the U.S. than in the rest of the world. The simple answer why the founders decided to go for this brand name is – we bet you can guess it – right, a contest. Even if both – Jon and Truls – came up with the name at an earlier stage, they weren’t sure enough to call themselves that. But in a later launched contest, the word “douchebags” came up so many times, that they really decided to make a fuzz and go for it. And it wasn’t the worst match, as it fits pretty good to the company’s guidelines of “redefining” and “rebel” as their main goal. But what counts in the end is that Douchebags is a cheeky name full of provocation but a name to remember.

Since the very beginning Douchebags have been focused on creating the best and convenient sports travel gear possible. To achieve this pretty hard mission the founders started to interview more than 150 skiers, snowboarders, and surfer to learn what their needs are when it comes to traveling around the globe. These interviews lead to the same five same important needs every action sports athlete was looking for:

A challenge the founders from Douchebags accepted. Together with the award-winning product designer Per Finne and the Norwegian University of Science and Technology they put hours, days, nights, months, years sweating blood and tears into developing a technology that would fulfill these needs. And in the end, the team turned all of the ever wished five important needs into reality and developed a patented technology.

Find the different styles of Douchebags available at Sport Conrad: 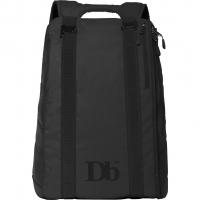 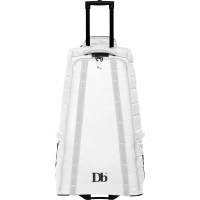