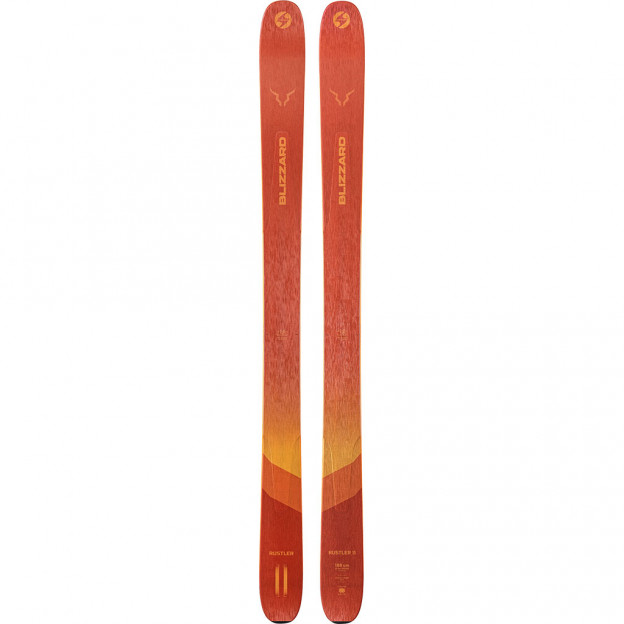 For skiers who spend their days getting pitted in secret stashes, the award-winning Blizzard Rustler 11 is the ultimate resort powder ski.

It’s founded on two signature concepts, Carbon Flipcore D.R.T Technology and an innovative waist concept: the longer the ski, the wider the waist, which gives ambitious freeriders and freeride athletes more control and float, even on steep terrain.

The smooth rocker-camber-rocker profile make it responsive and stable yet super playful in softer snow and on any type of terrain. Powder days are go-time with the Rustler 11, ready to charge when patrol drops the rope on a field of fresh or a band of straight shots through the trees.

Tip-Tail Rocker
Specifically designed rocker in the tip and tail with camber underfoot increases the carving character on groomed trails while maintaining flotation off the slopes.