Colorful, innovative and functional - this is Norrøna! The Norwegian outdoor brand combines quality with design and also places great emphasis on social responsibility and sustainability.

This brand has deserved our WIR DENKEN UM label. It honors particularly sustainable working companies. If you want to know more about the criteria of the label, get more information in our blog.

Many product lines of the 1929 founded company have already gained cult status. Among them are the ladies' and men's ski pants and ski jackets from the Falketind, Lofoten, Lyngen and Svalbard collections. But also the products of other lines such as the Tamok down jacket and the Trollveggen fleece jacket are very popular.

Norrøna was the first company to bring Gore-Tex jackets to the European market in 1979. But this is only one of the numerous innovations of the Norwegian outdoor brand; the first tunnel shaped tent as well as the development of an anatomical backpack are two examples. Also today, almost 40 years later, innovation is an important pillar of the company. Functionality has number-one priority, while the style and the weight (lightweight!) are kept minimalist. Minimalist, however, definitely does not mean boring. The strong colors, for which Norrøna is known, make each piece a real eye-catcher!

In addition to innovation, tradition is an important value at Norrøna. Since its founding in 1929, the company has been family-owned: Currently Norrøna is managed by Jørgen Jørgensen, the great-grandson of the founder. This awareness of tradition is also evident in other areas, such as production. As a result, most of the products are still handmade – from designing to cutting to sewing and gluing. 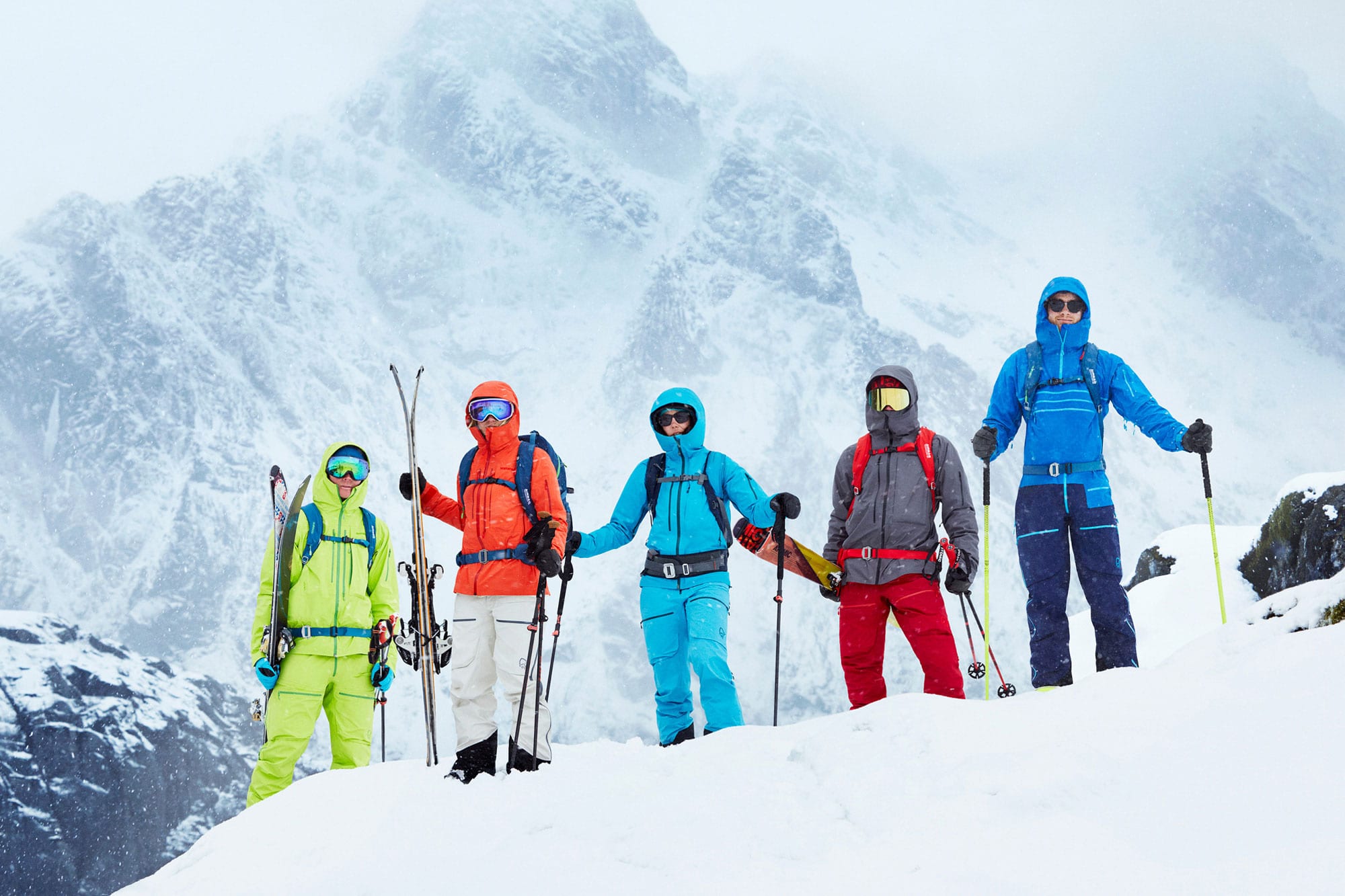 Norrøna: With nature and for nature

Originally specialized in backpacks, sleeping bags and tents, the company has quickly developed into a leading company in the field of outdoor apparel and mainly produces high-quality mountaineering equipment.

Nature is always at the forefront and is the most important source of inspiration at Norrøna. Therefore, it is no surprise that the various lines and collections of the popular outdoor brand are named after European natural regions. Behind this, however, is much more than a purely random assignment of names. Each product line has a specific reference to the area after which it was named and has been designed and tested accordingly.

Norrøna's pants, jackets, shorts and shirts as well as accessories are not only designed to defy the forces of nature during various outdoor activities, but also to protect our environment as much as possible. To achieve this goal, the Norwegian company uses environmentally friendly and responsible materials, as well as recycled synthetic and natural fibers. Moreover, high value is placed on the use of animal-friendly materials, as well as fair and appropriate working conditions and sustainable transport – air transport is avoided as far as possible. A special focus also lies on the product life because: "A new Norrøna product is great, but a ten-year-old Norrøna product is even better."

Norrøna has deserved our WIR DENKEN UM label. It honors particularly sustainable working companies. If you want to know more about the criteria of the label, get more information in our Blog.