Be it your common run in the evening, a night walk, or a laid-back camping trip: you just can´t do without an appropriate headlamp, thanks to which you´ll keep your view clear and your hands free.

Equipped for every activity

No matter the reason why you need your headlamp, may it be for working at night, reading in a tent, running, or even climbing: thanks to your headlamp, you´ll keep an excellent view over slopes, tracks, trails, or wherever you may be. In the case of bad weather, certain products are waterproof and especially robust. In the case of an emergency, some items also come with an integrated alarm whistle, or are easily stowable in the emergency baggage. Furthermore, the buttons are generally big enough to effortlessly operate them with gloves. Additionally, most headlamps are fairly lightweight and weigh, depending on the size, somewhere between 25 and 180 grams.

To make sure that the headlamp fits perfectly in every activity, there are, depending on the producer and product, various adjustment systems. Highly compact models, such as the Petzl Zipka, feature a fairly spare cord, which adjusts to the size of the head and unfurls on its own. The most common version is an adjustable and elastic ribbon which can be adjusted according to the circumference. Some products feature an additional ribbon across the head. This makes for more stability. High-end products, such as the Silva Cross Trail 5 Ultra, also feature a fixation for climbing helmets. The illumination head of the most models can also be adjusted via a link, either gradually or seamlessly. That way, the cone of light can always be set up perfectly, depending on if you want to illuminate the distance or rather the area right in front of you. 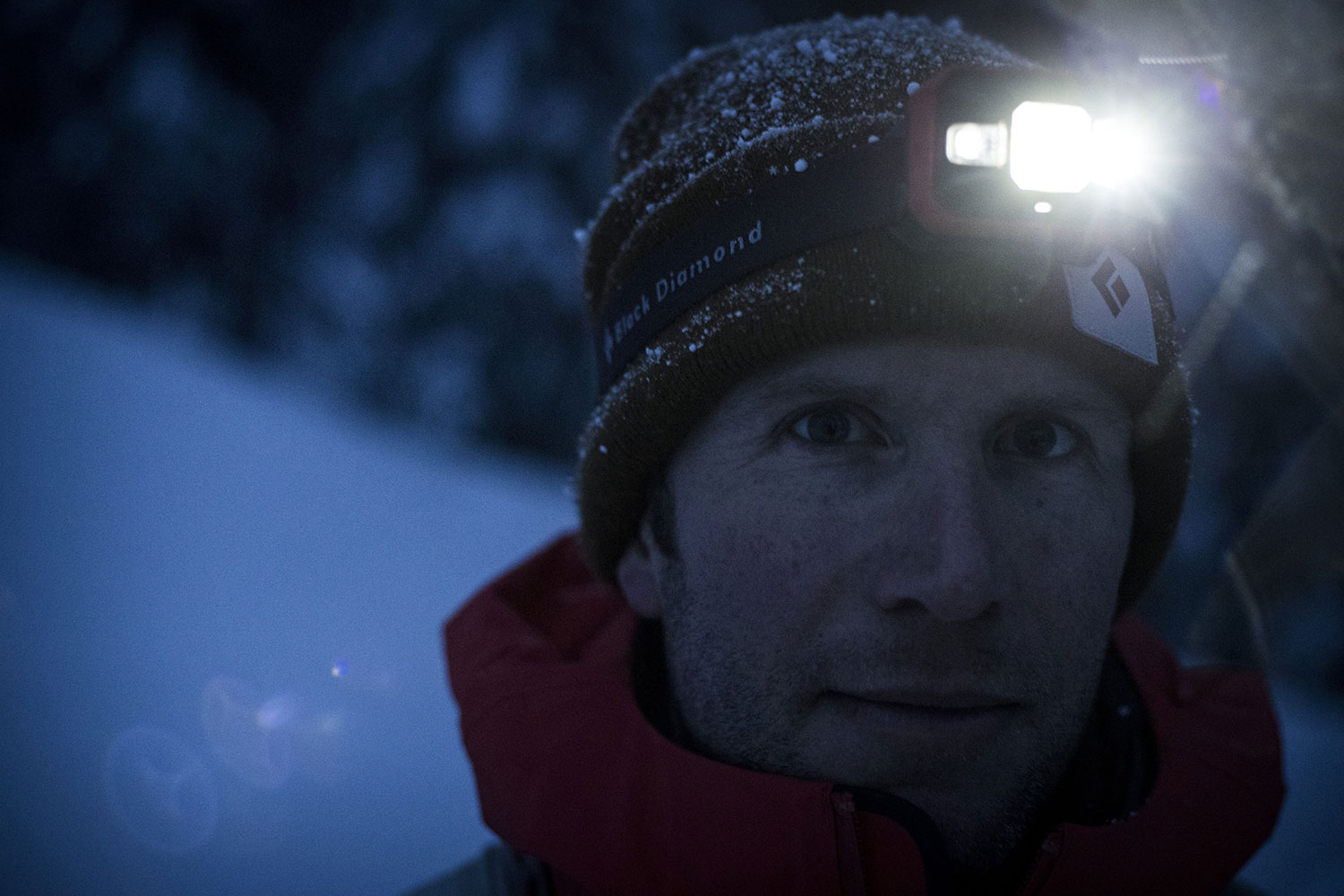 Sufficient illuminating power in every situation

In the realm of headlamps, terms such as lumen and headlight range frequently pop up. The lumen value signifies the headlamp´s brightness. The higher the value, the stronger the headlamp illuminates the surrounding area. Here, most producers rely on LEDs because they are highly luminous and energy-saving. Some high-end models additionally feature a halogen bulb, which makes for an even more precise and brighter cone of light. For all those who carry their headlamps with some higher pace, such as on the trail or while biking, a high lumen value is certainly recommendable. After all, there is less time for the eye to adapt to the lighting conditions as if you, for example, hike or run on dimly lit tracks. For all those who go for a run or bike in the evening or at dawn and pass some unlit country lanes, a 150-300 lumen headlamp is absolutely sufficient.

For all those who rather like to get active in a town or a city and want to be seen at an early stage or need a lamp for reading or everyday life, should choose a lower lumen value. When hiking, up to 300 lumen are sufficient because this value gives you enough time to identify obstacles. For those who like to conduct a nightly workout in complete darkness, may it be by bike, foot, on skis, cross-country skis, or mountaineering, should grab a lamp with appr. 600-800 lumen. Lamps such as the Petzl Nao, being able to perform with up to 750 lumen, feature an incorporated sensor, lowering or increasing the illuminating power depending on the lighting conditions. The top dog, the Silva Exceed 2XT, even reaches unfathomable 2.000 lumen in boost-mode and is, thus, especially suited for ski tourers, climbers, or bikers who engage in activities in complete darkness and blind terrain. Ever since, given the ludicrously high lumen value, other people may be seriously blinded and you may want to use it for something else as well, the illuminating power can be lowered to as far as 80 lumen.

The headlight range, which is indicated at times, specifies – as the name already suggests – the distance which the headlight can illuminate in the respective mode. Some models can even be operated via app. Here, for example, you can choose from a bunch of activities to which the lamp can optimally adjust to, such as climbing, running, mountaineering, or bivouacking. 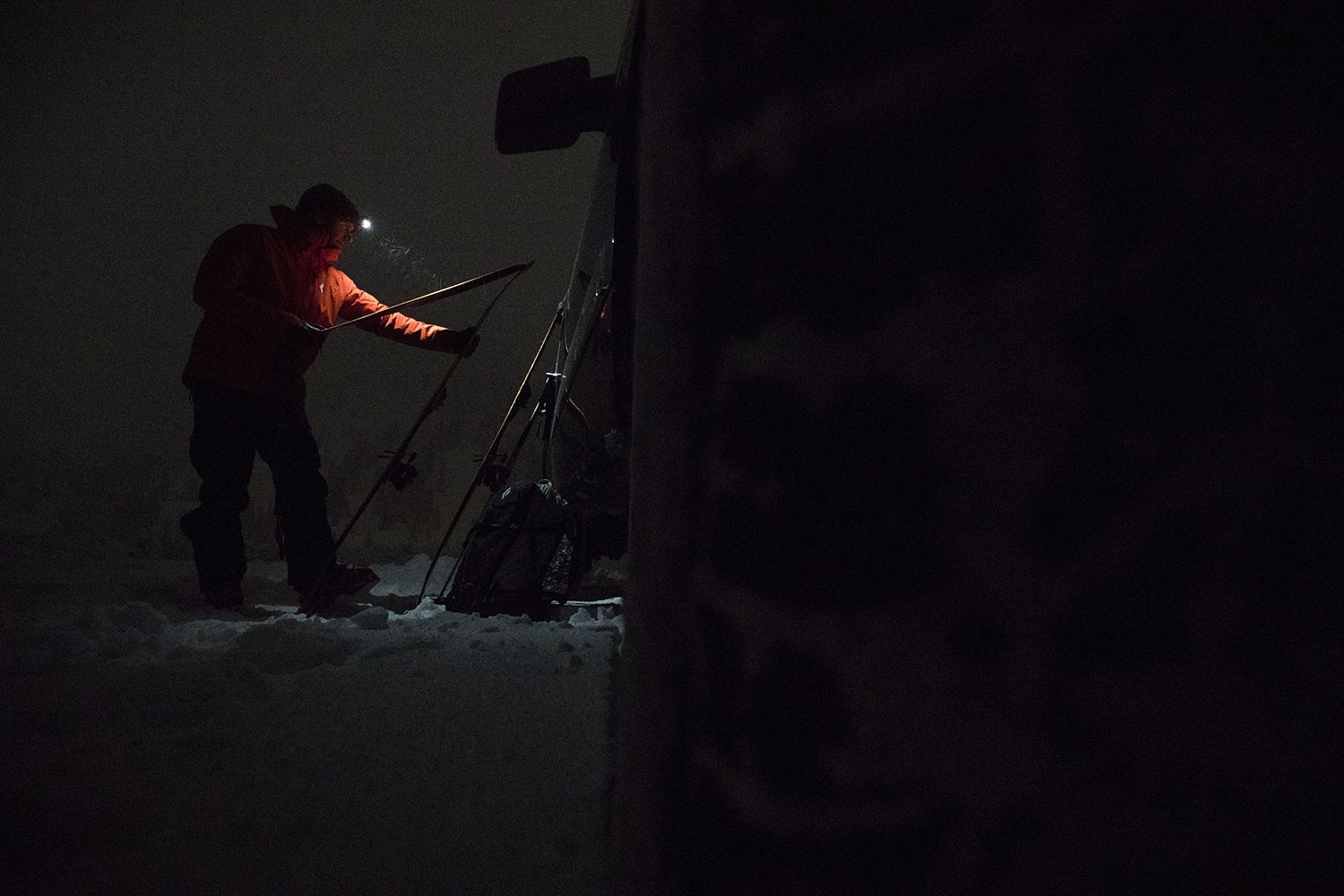 In almost all models, the headlamp´s mode can be set with a simple push of the respective button. Most common is a far-distance mode where a cone of upper beam is created. Most models feature another mode which creates a wide cone of light. Thus, it is well suited for reading, working, assembling a tent, or saving energy. Red light is another mode which is used quite frequently. What´s special about this mode is that the human eye is able to adapt to red light a lot better and that the pupils don´t contract. That means less stress for the eyes. Furthermore, others are not blinded by red light.

For running and biking, some models also feature a red lamp in the back and a blinking light function. This guarantees that other traffic participants can see you in time.