Sustainability, responsibility for manufacturers, customers, employees and the environment aren't just a passing fad but have always been the basis of Schöffel´s business.

This brand has deserved our WIR DENKEN UM label. It honors particularly sustainable working companies. If you want to know more about the criteria of the label, get more information in our blog.

As one of the oldest Bavarian family companies with over 200 years of history thinking in long term forms is part of the company culture. The philosophy of Schöffel products already complies with the primacy of sustainability: high-quality, functional garments that last longer and are made of durable fabrics to save resources. Schöffel complies with established Oeko-Tex Standards in all stages of the production chain, including the preliminary stage (fabric and haberdashery suppliers).

1804 is the year of the beginning of Schöffel in Schwabmünchen. This year, Georg Schöffel got the comission for his knitwear. At that time, stockings, socks, nightcaps and the Swabian jelly bag cap were part of the assortment.

It was a hard time for Georg, when his son Josef had to go to war. But in the end he saved the life of Bavarian Crown Prince Ludwig, who gave him, as a gratitude, a life-long annuity for life which Josef invested in his father's stocking trade. In 1960, the first clothing store was opened under Hubert Schöffel, the head of the company at that time. In addition, Hubert accepts a bankrupt leather trousers factory - the beginning of the production of street pants for children and men. A very important aspect in the history of Schöffel is the time when Hubert Schöffel notices the upcoming trend of hiking and therefore decides to specialize in outdoor apparel. He invested in a new factory and is already aware of its effects four years later. Schöffel is now market leader in the field of hiking clothing, anoraks and knee breeches. 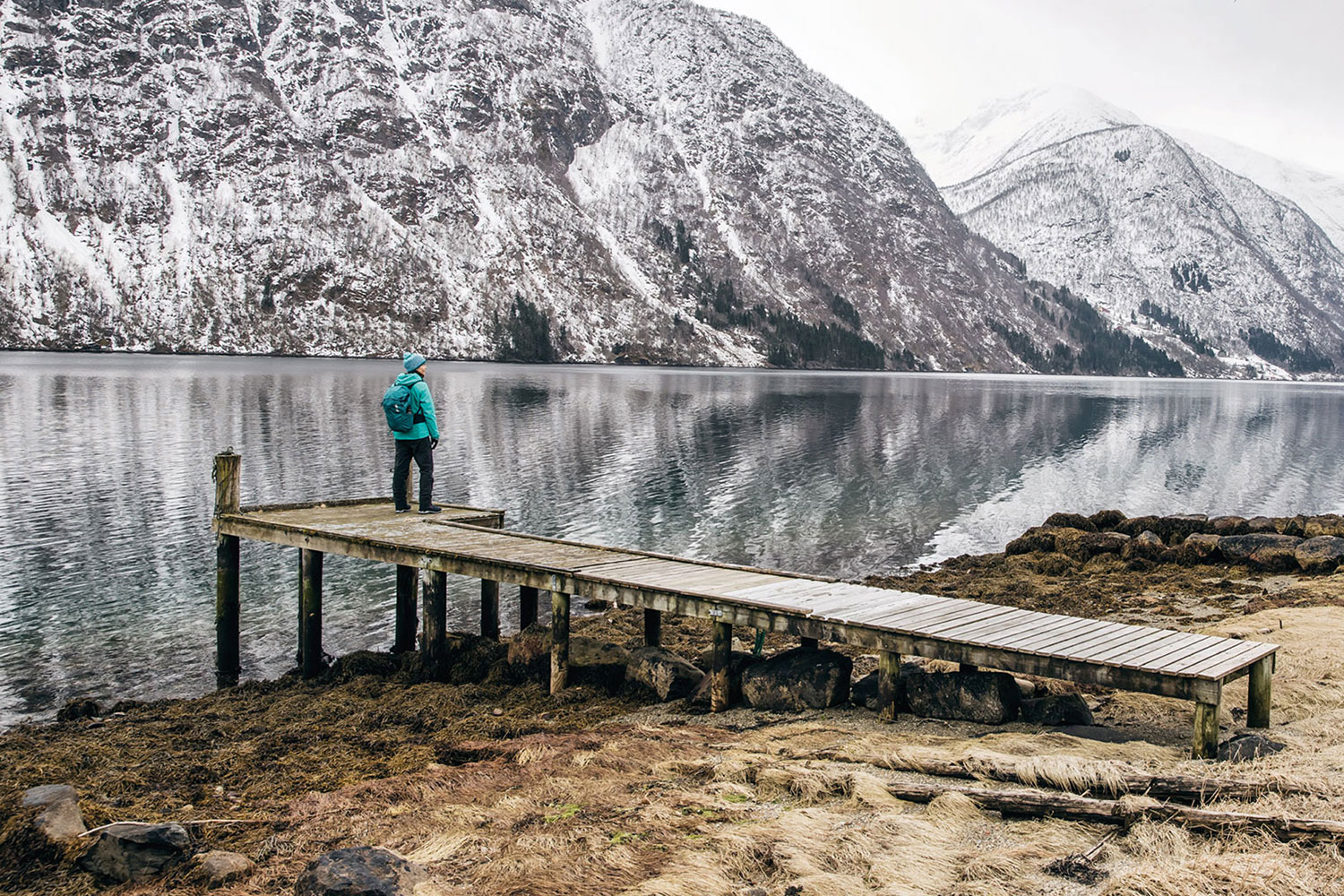 ©Woman by the lake by Schöffel

When in 1981 Gore-Tex® had some technical deficiencies , both customers and manufacturers were unsettled. Schöffel remained at that time the only company to be loyal. And this loyalty has also paid off, because the days, weeks, months and even years afterwards the business of Schöffel is booming. Today, Peter Schöffel is the head of the company, that has long been one of the market leaders in the field of functional ski apparel and outdoor clothing in the German-speaking part of the world and has also made a name for itself in Europe. 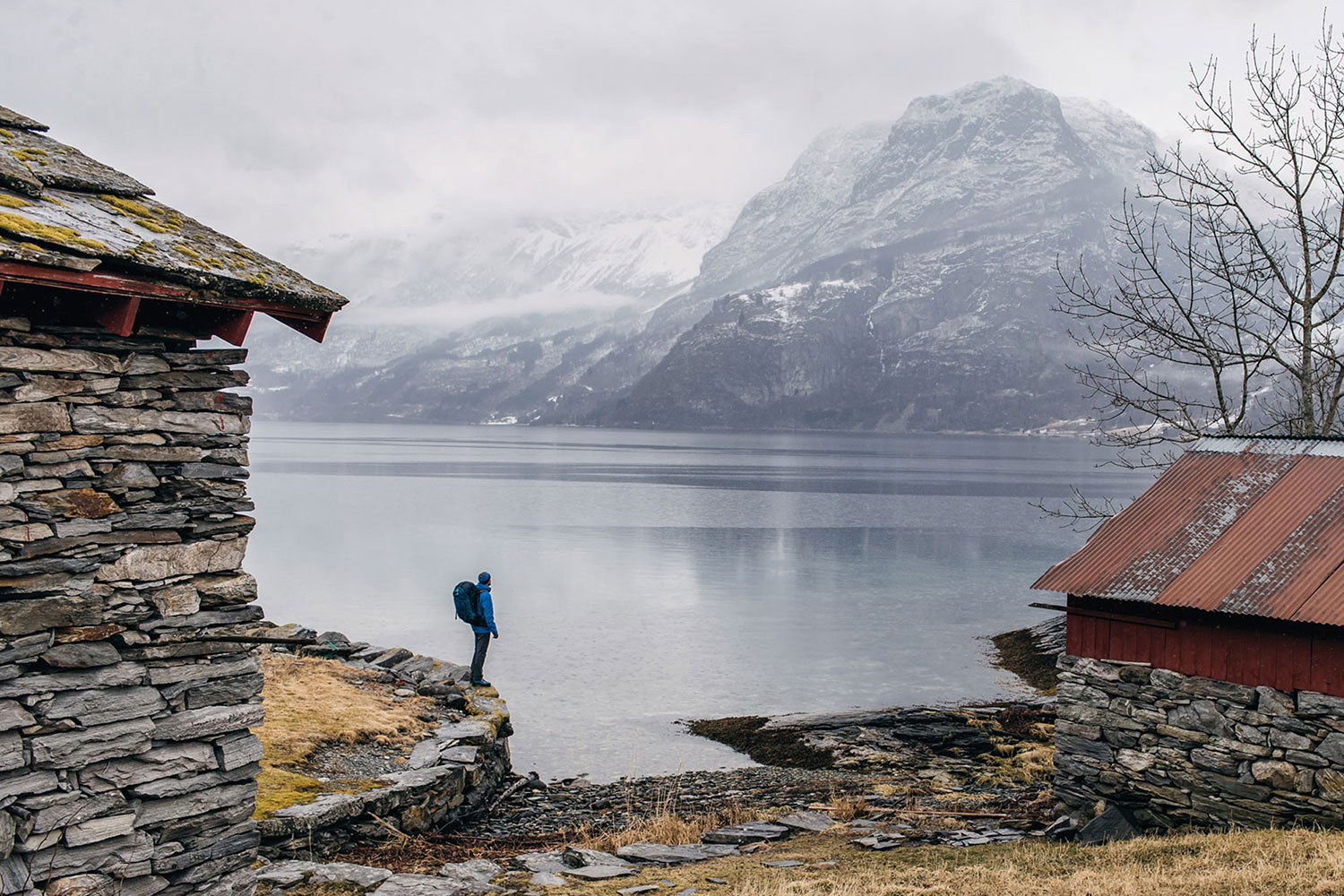 ©Man by the lake by Schöffel

About 200 employees work on the development of outdoor products in Schwabmünchen. It is almost unique that Schöffel is still developing his own tailors. But only in this way the brand can always deliver best quality. And so Schöffel only releases those products they are completely satisfied with. The nature is also a central point for the company. Schöffel always wants to to equip people with the best and highest quality and so they want to give them what the nature demands of them. Maybe you are stressed from work, too, and want to rest in nature and recharge your batteries. And that's exactly where Schöffel sets his motto "I'm out". Schöffel wants to equip men, women and children with outdoor products, that offer a high degree of freedom of movement, functionality and protection in any weather.

Despite its long-lasting tradition, Schöffel always develops new innovations and new trends. Today, Schöffel plays an important part on the world market but never forgets its roots in the Bavarian Schwabmünchen. Sport Conrad is also inspired by this brand and therefore offers you a large selection of Schöffel products. Just take a look around and convince yourself!

Schöffel has deserved our WIR DENKEN UM label. It honors particularly sustainable working companies. If you want to know more about the criteria of the label, get more information in our Blog.