For the fun on the slopes to not come up short, Fischer is an absolute all-around supplier in the realm of alpine skiing and skiing in general.

No matter if alpine, freeride, touring, race, or cross-country skis – the Austrian brand is successful in every discipline. Add on top of that supplementary alpine Fischer products, such as ski boots, poles, cross-country boots, cross-country bindings, and cross-country poles. And a ton of accessories like bags, beanies, gloves, and backpacks.

It all started as early as 1924 in Ried im Innkreis (Austrian county in Oberösterreich), when the wainwright assistant Josef Fischer started to craft skis on a self-employed basis. Until his death in 1959, Fischer´s ski factory had already produced 500.000 pairs of skis. Within the next few decades, due to many innovative ideas and entrepreneurial verve, Josef Fischer jr. grows the corporation to a global player. The biggest ski factory in the world is established and great successes in racing add to Fischer´s amazing reputation.

At the beginning of the millennium, the brand´s assortment is enlarged with ski boots, poles, and ski bindings. And due to the successes at the 2014 Olympic Winter Games in Sotchi, Russia, Fischer managed to set a new medal record in the Nordic disciplines – just in time for its 90th brand anniversary. Another proof for Fischer´s world market leadership in this sector.

The list of those, who have achieved global success on Fischer skis is as long as it is illustrious. It reflects more than half of a century of a perfect interplay between world class athletes and world class materials. The first of this illustrious bunch was Egon Zimmerman, who managed to win an Olympic gold medal in 1964 on Fischer skis. What followed were alpine legends such as Franz Klammer, Günter Mader, Isolde Kostner, or Ivica Kostelic, who succeeded in all kinds of alpine disciplines. In Nordic sports, biathletes such as Thora Berger, Nordic combined superstars such as Eric Frenzel, or ski jumper Gregor Schlierenzauer time and again ruled the podium. 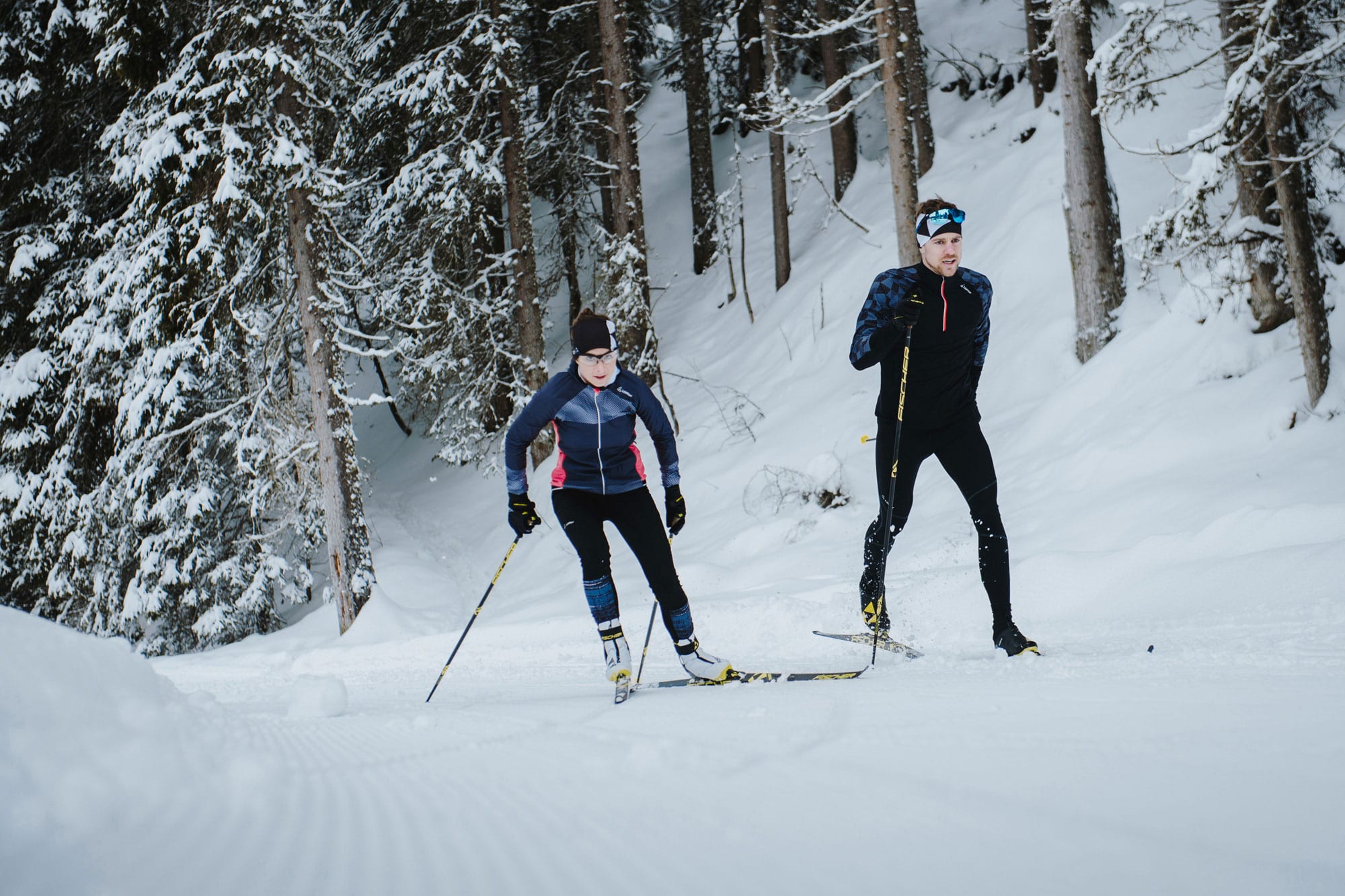 ©Nordic Cross on Skatingskis by Fischer

There is a plethora of current examples for Fischer´s innovative power. In the realms of alpine skiing, ski touring, and cross-country skiing, the leadership position is basically challenged on a daily basis. Yet, Fischer prevails. For example, there is the revolutionary Fischer Twin Skin Technology for cross-country skiers. Mohair skin strips under the skis, in the skis´ center, create a ski which is wax-free in its center, especially suited for hard and icy conditions.

Or the Traverse Carbon touring ski boot, which effectively combines a perfect fit with freedom of motion – and still convinces with its stiffness. The features which are responsible for that are an unprecedented rotational angle of 80° and the BOA® CLOSURE SYSTEM.

Another pivotal innovation came a couple of years ago with the introduction of the Fischer Vacuum ski boot. That meant nothing less than the individual adjustment of each boot to the anatomy of the foot. This was made possible due to the especially developed Vacuplast material, which is thermally adjusted in the Vacuum station within just a couple of minutes. As you can see, Fischer´s Vacuum ski boots are tailor-made products. 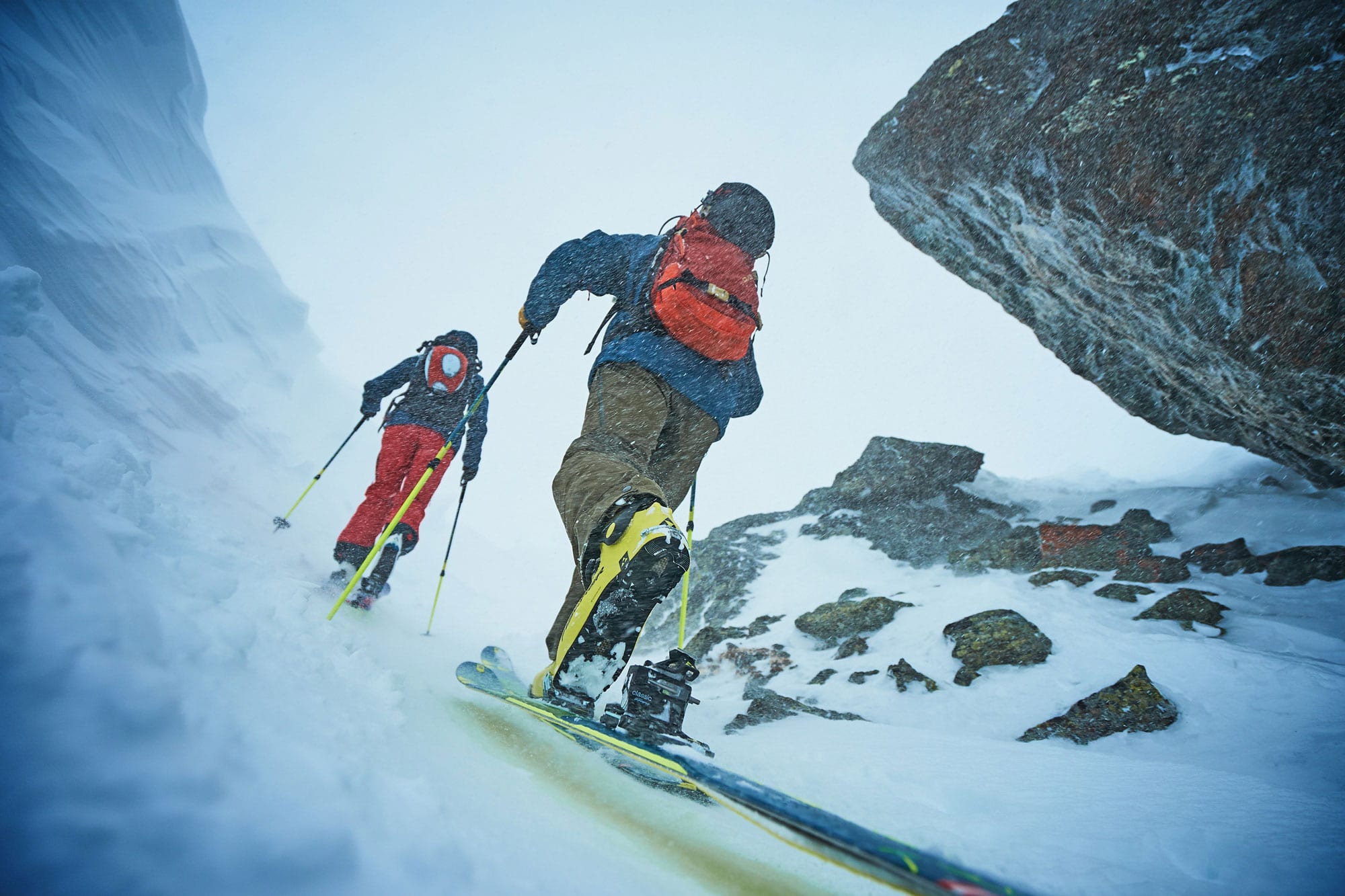 It´s the philosophy of Fischer to also craft World Cup skis for the average Joe. So, models like the Fischer RC4 Worldcup GS Curve Booster – in the original World Cup version – become the ultimate speed-experience for the most ambitious skiers. The ski has all the features on which Fischer´s aces in the race circuit rely as well. The Fischer race models give you a World Cup feeling like no other skis.

Including the fat binding plate and the freeflex binding with extended Z-value for the ultimate race demands. That´s as close to the World Cup as you´ll get. This is also the case with the Fischer Race RC4 WC SL, the according slalom equivalent. Top-notch high-performance sports! Other high-end Fischer skis are the My Turn 68 or the Progressor, one of the lightest performance skis on the market.

We, for example, offer this ski with the MBS 11 PR binding, which is compatible with various ski boot soles due to its Multiboot Standard (MBS). MBS bindings fit all alpine ski boots, Grip Walk, Walk soles or Walk to Ride ski boots.